All about turkey meat

Turkeys belong to the order of poultry and are native to North America. Turkeys have a meat hanger that hangs on the throat and a meaty protrusion called the hanger tip that hangs from the top of the tip. With a wingspan of 1.5 to 1.8 meters, turkeys are the largest birds in the forests where they live. Like many other poultry species, male turkeys are larger and more colorful than female turkeys.

Turkey meat is known as one of the best sources of animal protein and minerals with low cholesterol and fat. Turkey meat, having two types of white and dark meat, can be a suitable substitute for red meat in many cases. Especially for people who are not able to use red meat due to certain diseases such as heart disease and high blood fat.

Dark turkey meat contains more vitamins and minerals compared to its white type. Turkeys that are raised in the meadow and by hand have more omega-3 than turkeys raised in industrial farms.

Turkey meat is rich in B family vitamins such as B6. B3.B12. B1 and vitamin A and amino acid tryptophan and contains minerals such as selenium, zinc, magnesium, copper, potassium and rich in iron.

The benefits of turkey meat to reduce cholesterol

Turkey breast meat is white meat and has low cholesterol, while the thigh of this meat is darker and fattier. It is also recommended to remove the skin of this meat from its surface, in this way you have reduced the fat of the meat to a great extent.

This meat contains substances that will help you in solving insomnia problems.

B3 and B6 help you control insomnia.

Advice for people with diabetes

Consumption of turkey meat is recommended by doctors for people who suffer from diabetes and it helps to control the blood level of these patients. 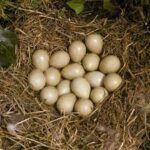 All about turkey meat 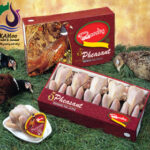 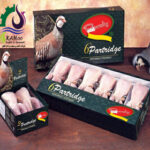